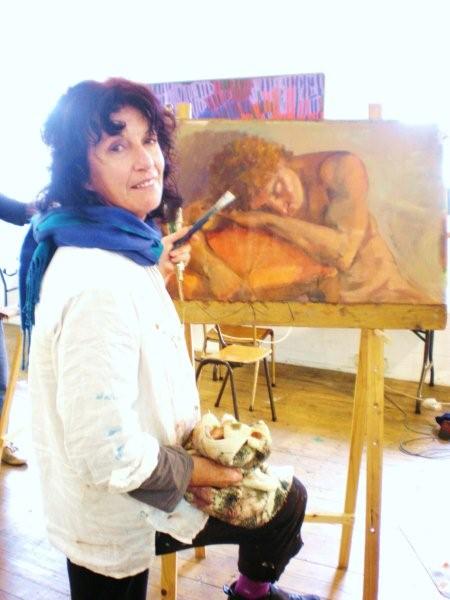 Louise Beck, a Julian Ashton Art School graduate, is represented in many art collections both locally and overseas.

Her work has been featured in a number of joint exhibitions around Sydney including the Watch House Gallery Balmain, Gallery hm at Redfern and the Arthouse Hotel Sydney. She has also won a number of awards for both her landscapes and her portraiture while exhibiting at the Hunters Hill, the Drummoyne and the Lane Cove Art Sociey Exhibitions over the past 10 years .

Commissioned portraiture comprises a significant part of Louise’s artistic output, but she accepts commissioned work with landscapes and private gardens as well.

Louise was feature artist in the 2004 Manly Art Festival, having an extremely successful solo show in the Manly Pacific Hotel Gallery.  Many of her works were purchased for local and overseas collections.   In November 2005 Louise featured in her second solo exhibition entitled “GLASS” at Studio W at Woolloomooloo.

This exhibition represented quite a departure from her earlier work, focusing on Sydney’s glass skyscrapers – their reflections, their distortions and their refraction of light and colour.  The result is a challenging, vibrant and somewhat surreal view of Sydney and its surrounds, which Louise refers to as “skyscapes”.

Louise’s continuing work with glass and its effects has carried over into her portraiture where she is exploring figurative and facial studies reflected in glass or glimpsed through glass.  The effects of water on glass is also an ongoing theme.

Because of her facination with glass reflection and her particular passion for image of the Sydney Tower she was invited to be artist in residence at the Sydney Tower, capturing the city sights from many storeys up.This was in 2012.

In 2013 Louise had a very successful exhibition at the Global Gallery at Paddington. Once again she featured her “Skyscapes” .   As a result of this she was then represented by the gallery complex Platform 72 with their galleries at St Leonards and Central Park.  Her works continue to be shown in these galleries.

In late 2016 Louise’s work was represented by a new gallery in Marrickville.  Since then she has had two very successful solo exhibitions.  This new artspace is Gallery 371, 371 Enmore Road Marrickville. 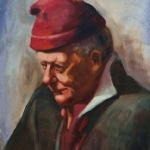